In Rouen, the memory of Joan of Arc is shown in the different urban landscape and heritage sites where she experienced her ordeal: the Dungeon where she was threatened with torture, Saint-Ouen Abbey and its cemetery which was the site of her abjuration, the Place du Vieux-Marché of course, and the archbishop’s palace where part of her trial took place.

The Joan of Arc Historial is located in the latter. Intimately linked to Joan’s history, the archbishop’s palace houses the remains of the so-called “Officialité” room where her sentence was passed down in 1431, and where her pardon proceedings took place in 1456. This building, with excellent architectural quality, has a strong medieval identity and is accessible to the public for the first time.

The tour is a chance to discover the history of this building in a unique and prestigious atmosphere. There are different periods presented: from the Roman crypt in the Salle des États, passing through the Tour de Guet, you will discover a dozen spaces highlighted by restoration work which respects this important Normandy heritage building.

For 18 months, its restoration and the installation of the exhibition involved simultaneous work by various groups to highlight the ancient architecture and the possible scenography offered by new technologies. 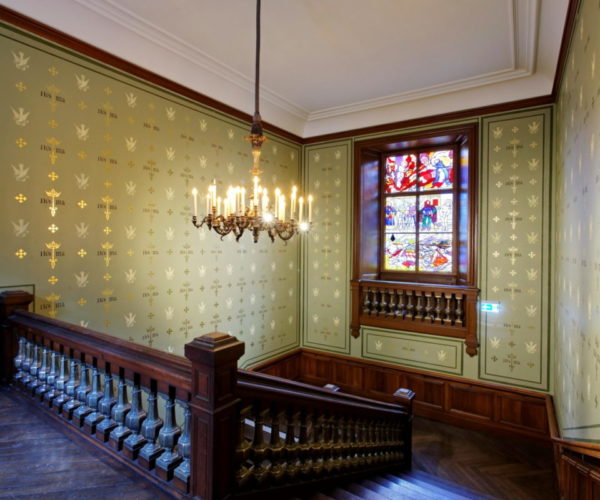