Joan of Arc, an internationally famous historical figure, is still a widely discussed icon. Her myth has been established since her end at the stake until modern times through numerous theories, interpretations and recovery attempts in which she has featured. From the 19th century until the Vichy regime, Joan of Arc held a central role in political and ideological debates. Her symbolic importance is clear, as shown by the many works of art that she has inspired.

Throughout your visit, you will be given an insight into the History through the numerous document resources. Also, in collaboration with the National Audiovisual Institute (INA), the Historial offers a wide range of radio and television documents linked to this universal historical figure through a dedicated portal. 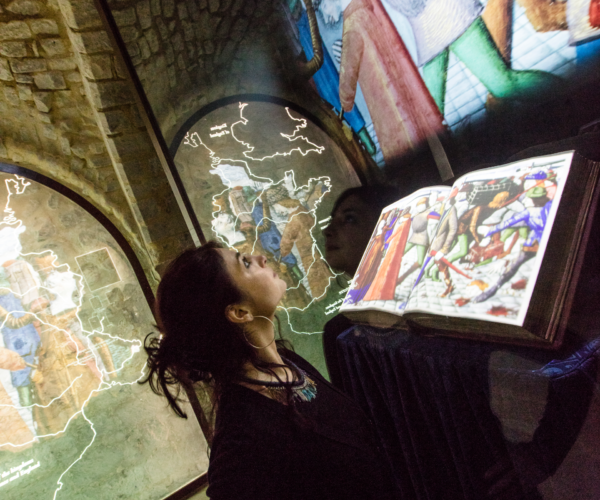